BABTA put on another fantastic holiday gala, this time at the Fairmont Hotel.  I’d never been to the top of the Fairmont and the view was incredible, especially with the holiday lights at the Embarcadero Centers and the lights on the Bay Bridge. 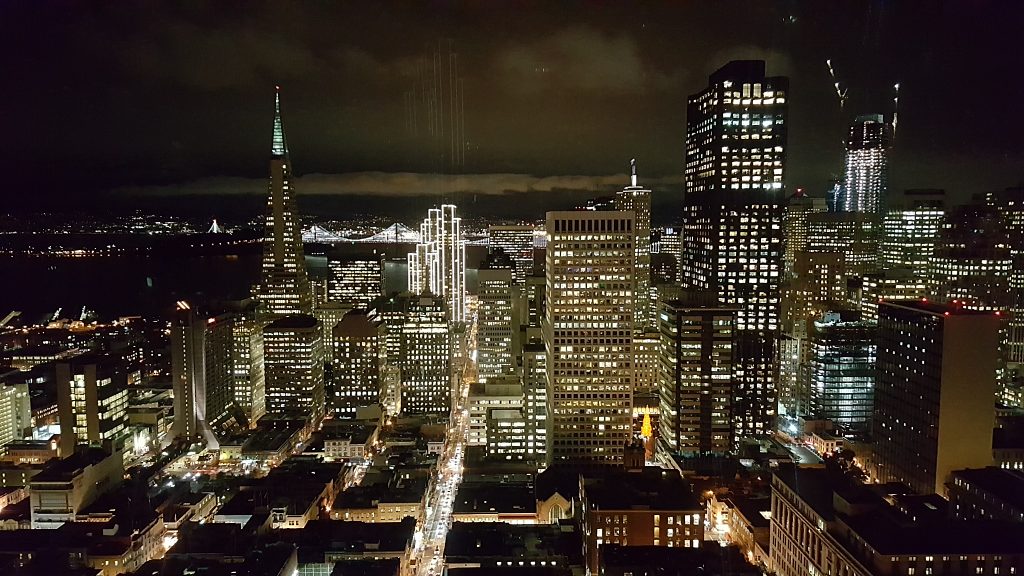 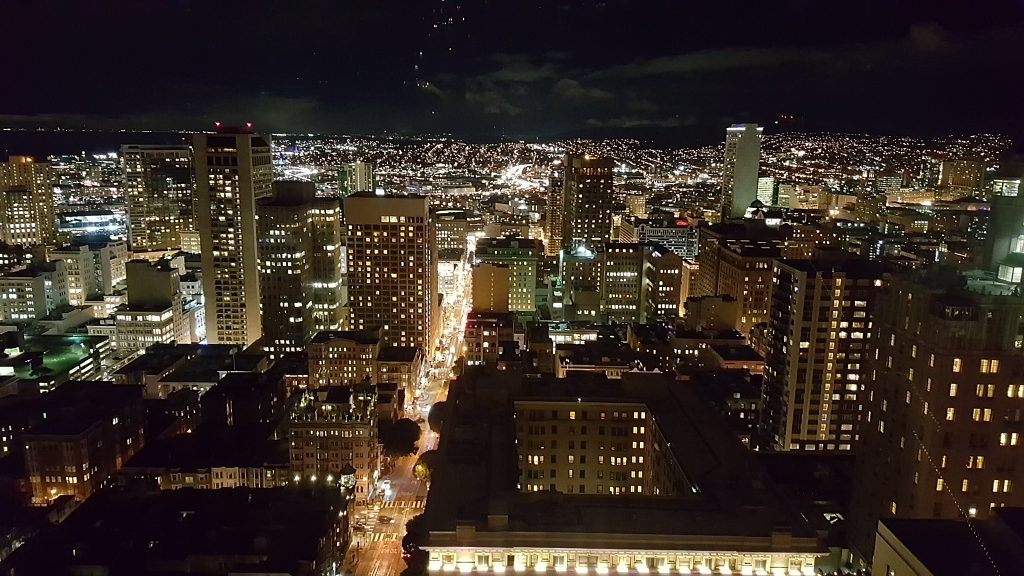 Looking at these pictures I’m reminded of one of the reasons why I love this city so much.  It is not only beautiful, but small, and ‘manageable’ as well .  This is in contrast to Tokyo or New York which seem to never end and can be a bit overwhelming.  San Francisco is an absolute jewel when it comes to world cities and I would argue that it is just as sophisticated and elegant as Paris if not more so.

Speaking of which, here is a picture I took back in 2001 of the Champs Elysees around Christmas time when I was studying in France. 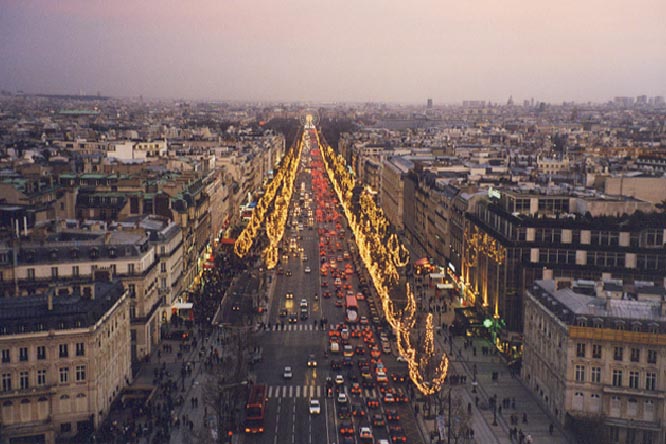 This picture was taken with a Kodak disposable camera.  It is hard to believe that there was a time when we didn’t even have cell phones let alone mobiles with cameras in them.  But I remember this day: there was a chill in the air and everyone seemed to be in a pleasant mood, even employees of high end shops on the Champs Élyées!